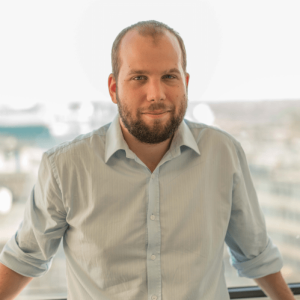 Getting your driver’s licence is usually an exciting time. After weeks – maybe even years – of driving lessons you have finally learnt the art of driving and can legally be on the road. And, while you might have been dreaming of a certain car forever, you most likely aren’t in the position to buy it just yet. So, for now, you have to find something that is cheap to run, affordable yet still smooth to drive and stylish. Take a look at our list for the top 5 first cars to drive in 2018, showing that you don’t have to settle no matter the budget.

The Ford Fiesta is the UK’s best-selling car, and it’s easy to see why. The car is stylish, well equipped and smooth to drive. Whether you buy new, used or on finance, the turbocharged 1.0-litre Ecoboost engines are particularly good. But, if you drive more frequently, then the 1.6-litre diesel engine allows you to travel further for longer, reaching 50mpg.

This small hatchback has been the country’s most popular car for a decade, perhaps due to the claim as the best handling car in the class. With a variety of alternative engines to choose from, there is almost something to suit everybody’s needs.

However, the Ford Fiesta isn’t the cheapest for your first car. Compared with rivals such as the Skoda Fabia it is quite pricey. Although, the Fiesta is predicted to hold onto its value better than most competitors making it a worthwhile investment. When selling this car in the future, the cost can remain high, leaving you with a nice amount of money to use as a deposit or towards another vehicle.

The various tech in the Ford Fiesta also makes it a perfect first car. The car includes high-tech safety features such as the clever MyKey system which allows parents to restrict the maximum speed of the car and stereo volume when their children are driving. There’s also seven airbags and an optional auto brake.

Younger first-time drivers will be amazed by the interior technology, such as the SYNC voice activation. And, if you choose the three-door option, there is a 292-litre boot that expands even further when the seats are down. This makes it perfect for those wanting to use their car for trips, camping and holidays as it can hold everything they, their friends or family need.

The Skoda Fabia remains one of the popular small cars in recent years. It has competitive pricing and a large interior that rivals other small cars on the market. Whereas the design used to be laughable when compared to other manufacturers, the brand has now had a makeover, gaining credibility to match Ford and Volkswagen.

Small cars have the most competition, with the Fabia facing more than 30 rivals. However, with their choice of engines and trim levels, the Fabia can face up to the competition. And while this isn’t the cheapest small car (that title belongs to the Dacia Sandero), it is less expensive than the Ford Fiesta and an equivalent Seat Ibiza.

While this car may have had a design upgrade, many say it still doesn’t surpass the likes of the Ford Fiesta. However, young drivers and those interested in upgrading their cars should know about Splitters. Front and side splitters not only help improve ride comfort and control but also add sport-chic to any car. Whether it’s a Ford, BMW or a Volkswagen, all cars get an instant face-lift with the addition of a Splitter.

Closely related to the Skoda Citigo, the Volkswagen Up is regarded a classier choice for a first car. Despite its smaller size and surprisingly low price, it feels like the high-class Volkswagen cars you might see businesspeople driving from one meeting to another.

For these more concerned about style than practicality there is a three-door version, perhaps suited to younger first-time drivers not concerned over space. However, for those who need to regularly carry rear passengers you can have a five-door version for a little more money. But, something that sets this car out from the rest in this list is that is one of the few cars in this class available with a turbocharged engine.

Compared to the Skoda Citigo, the Up’s cost does seem quite high, but day-to-day running costs should be low. With the 59bhp and 74bhp versions can be especially low as both average just over 55mpg. With a lower break horsepower, insurance should be more affordable as well, making it the perfect option for those choosing style or practicality over speed.

The Skoda Citigo is one of the cheapest cars on this list making it not only fun to drive, expertly constructed but also cheap to run. So, while it may look similar to the Volkswagen Up, it is the perfect choice for those who don’t have as much money to spare for their car.

Like most cars, there is the choice of a three or five-door version depending on the needs of the driver. And, there is even an automatic gearbox for those who prefer that form of driving as well as automatic city braking as an option too. There’s a choice of two 1.0-litre engines and a variety of trim levels, similar to most cars listed.

While there is nothing that makes this car stand out from the rest, its affordable cost, low insurance and automated options make it a suitable choice for those not as interested in their cars style and speed as others.

The latest Ibiza has been called one of the best small cars around. It has a range of petrol engines to choose from and has plenty of space for family or just a group of mates. With a similarly stylish look that attracts petrol-heads, it’s competition for the Ford Fiesta; however, its cheaper per month cost might put it at the top.

Previously Seat had been comfortable in the middle of the small car market. But, recently the Spanish brand is now hoping to gain more success in the small car arena with their new Ibiza. But with the Ford Fiesta being so popular can this be possible for Seat?

The interior design is superior to many on this list with a low-slung driving position then the Ibiza will suit you better than the Skoda Fabia and Ford Fiesta. With a good range of steering wheel adjustment and under-thigh seat support, it is one of the more flexible and comfortable interior designs in small cars.

For those who want a more updated, tech-savvy car the Seat Ibiza will satisfy their desires. All trim levels come with a touchscreen infotainment system which you can upgrade from black and white to colour. You can also go from the standard 5inch to the 8inch, with a build in sat-nav, in the SE Technology, FR or Xcellence trims. These also come with a DAB radio, Apple CarPlay and Android Auto smartphone mirroring.

Being a first-time driver can be exciting. You finally have your licence and can drive the roads without supervision. And, while you can’t always get your dream car straight away, there are many models on the market that are perfect for your first few years driving. But, you can still upgrade your car and make it look even more stylish and sporty. Splitters are a great addition for those who want to enhance their ride and stand out from the other drivers on the road. Contact us today if you are interested in any of our products.

KSB Autostyling
Independently verified
4.76 store rating (60 reviews) | 4.84 product rating
Select your currency
GBP Pound sterling
EUR Euro
Scroll to Top
XWe use cookies on our website to give you the most relevant experience by remembering your preferences and repeat visits. By clicking “Accept”, you consent to the use of ALL the cookies. However you may visit Cookie Settings to provide a controlled consent. Read MoreREJECTACCEPTCookie settings
Privacy & Cookies Policy

Any cookies that may not be particularly necessary for the website to function and is used specifically to collect user personal data via analytics, ads, other embedded contents are termed as non-necessary cookies. It is mandatory to procure user consent prior to running these cookies on your website.